Throughout the years EMCCAN has been able through partnerships and artists to engage and collaborate with other countries and cultures throughout the world. We take pride in our international connections and work hard to strengthen and develop all relationships and have integrated them into our business values.

Mr Ansel Wong, Director and founder of Notting Hill’s Elimu Mas Band, invited EMCCAN representatives to take part in their annual trip to China for the first time. This was the 12th year that Elimu Mas had been involved. EMCCAN CEO – Donna Fox, Samantha Hudson from Derby and Richard Renwick from Nottingham joined Elimu Mas Academy, Notting Hill carnival band to represent the UK and Trinidad Carnivals in the Beijing International Tourism Festival in China. The group were joined by two individuals from Toronto and two Moko Jumbie performers from Shanghai.

Theo Cooper, one of the lead artists in the CACIQUE Award winning Junkanoo Commandos delivered a mask making and a head-dress making working online in May 2020 for the EMCCAN Virtual Carnival Season. 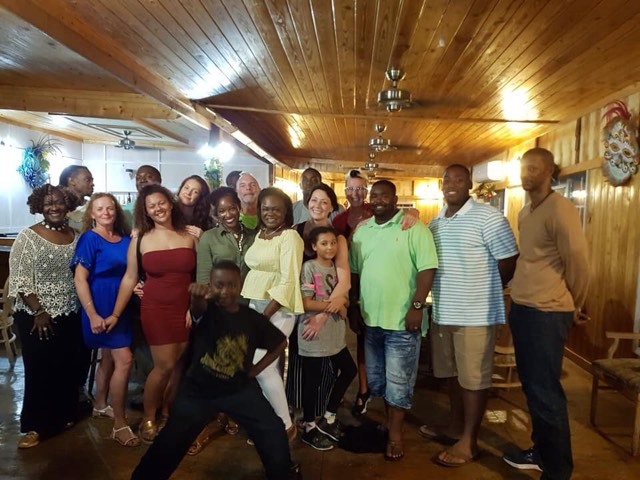 Director Angelique McKay organised the collaboration to inspire people for their own creations. This follows an ong

oing partnership between UK/East Midlands artists and EMCCAN, ever since Angelique presented at the Carnival Conference in 2015. Junkanoo Commandos tour internationally to share their Junkanoo culture and traditions, exquisite designs, powerful and passionate dance and music display. 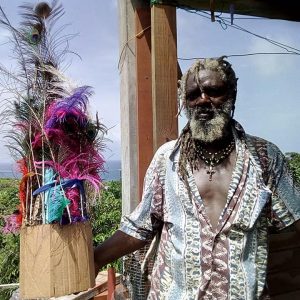 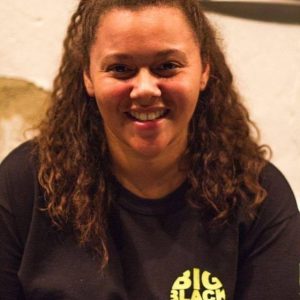 Madison Johnson is the project coordinator at EMCCAN and has work with them since 2017. EMCCAN took a huge part in Madison getting a place on Brouhaha’s Internationals Mobility Programme which allowed her to travel to Trinidad for six weeks and work alongside famous Rapso group 3canal and help out at The Black Box which they run. Throughout the sic weeks Madison was also getting involved in other arts groups like a community run Moko Jumbie club, interacting with The Next Level Devils and helping out with the National Carnival Bands Association Carnival in Education programs in schools all over Trinidad. She said: “My time in Trinidad ended with myself being in 3Canal’s j’ouvert mas band which was a moment I’ll never forget. Being on the Savannah stage covered in paint surrounded by my friends and team I had been working over the last six weeks with, as the sun came up was a moment I’ll never forget”. 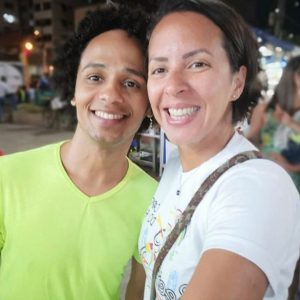 Tatiana Woodley, has been developing her relationship with Brazilian carnival artists which started in 2016. Since then, Tatiana was awarded ACE funding to bring the Brazilian international artist, Adelmo Andrade to the UK, who delivered an excellent programme of dance activities for adults and children all around Nottingham and further afield. This collaboration work meant Tatiana’s troupe, Brazilian Cultural Centre, was awarded Best Troupe, Best Carnival Arts and Best Stage Performance at Nottingham Carnival 2018.

To ensure her work continues to grow and expand, in December 2018, Tatiana self-funded a five-week trip to Brazil to strengthen her relationship with Adelmo Andrade and do some more artistic research. She said: “I went around shops, museums, galleries, dance schools and carnival troupes. I talked to people and asked them about their preparation for carnivals in Brazil. I asked about how things were made and manufactured and where their best suppliers were.” 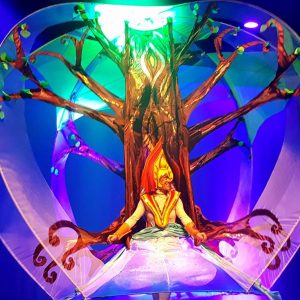 Carnival artist and former EMCCAN 2017 Queen Emma Garofalo (Costume called “ Soul of the World”), based in Northampton/London has been working with EMCCAN throughout the tours. Basing her carnival work on the environment theming her work on pollination creating a collection of bees, flowers and butterflies. For the past two years Emma has been travelling to India working alongside artists and children to create carnival costumes out of recycled materials and has been focusing on yoga and a holistic lifestyle. Additionally, Emma has her own company “Mischief Makers” which follows the pattern of Earth, Environment and Nature working with artistic partner experts in audience participation and engagement. Finally, for the future Emma hopes to move away from using man made materials into more natural and recycled materials.